Bidisha Rudra was just wrapping up a night out with friends when a woman approached and began hurling racist insults at them. At the time, neither Rudra nor her friends could have known a video of what followed would make national headlines.

“I hate you fucking Indians,” Esmeralda Upton yelled at Rudra and her friends. “If things are so great in your country, then stay there.”

Rudra and her friends are Indian American. They’re all U.S. citizens, and Rudra has lived in the States longer than she ever lived in India. The insults escalated into a physical attack that Rudra and her friends caught on video. Now, Rudra is suing her attacker for compensatory and punitive damages in a Collin County civil court.

“Life has not been the same since the incident, to put it lightly,” Rudra told the Observer by phone Wednesday. “There’s a lot of trauma, emotional distress and a feeling of insecurity that keeps haunting me all the time. The assailant’s words keep ringing in my ears when I go to sleep.” 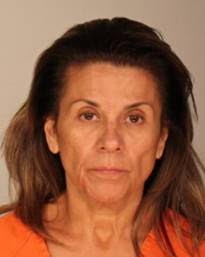 Rudra and her friends all tried to avoid the conflict on Aug. 24, but the insults continued in the parking lot of Sixty Vines, where they had just eaten dinner.

Rudra and her friends tried to get away, but Upton wouldn’t leave them alone.

Plano police officers separated everyone when they got there a few minutes later, but Upton was allowed to leave after refusing to take a breathalyzer test. Police arrested her the next day on two misdemeanor charges of assault causing bodily injury and terroristic threats.

Last week, Rudra filed the civil lawsuit against Upton, saying the whole incident has left her afraid and distressed until this day. She’s developed high blood pressure and symptoms of post-traumatic stress disorder (PTSD), has trouble sleeping and lacks an appetite, according to her suit. On top of feeling shame, humiliation, deep anxiety and embarrassment, Rudra also says she fears for her and her family’s safety.

“Any minority is under some sort of threat in today’s world.” – Bidisha Rudra, plaintiff

Rudra had never experienced anything like this before, she said. But she feels racial tensions have risen in recent years and she now fears for her and her family’s safety. Rudra said she’s afraid of Upton, “and also people who think like her, who are like her.”

“Any minority is under some sort of threat in today’s world,” she said.

The law firm Gibson, Dunn & Crutcher LLP has taken on the case after it was referred to them by the Alliance for Asian American Justice, a national pro-bono organization that advocates for victims of anti-Asian hate crimes.

Veronica Smith Moyé, the lead attorney in the suit, said video footage of the incident outraged her. She’d seen the video before her firm took on Rudra’s case. “It’s horrible when something like this happens to anyone, but when it happens in the area where you live, you can’t help but feel it personally,” Moyé said.

Moyé said plenty of people experience things like what Rudra went through last month, but they don’t always have the chance to fight back legally. “That’s why it’s all the more important that someone like Ms. Rudra does so,” she said. If it weren’t for the video of the incident, Moyé said nothing might have come of it. She said, “The videotape is revealing to the world things that many of us live with and that have been ignored for a long time.”

Upton couldn’t be reached for comment, but she admitted to police that she hit Rudra, according to an arrest affidavit obtained by WFAA. Upton continued to make racist comments when talking with officers on the scene. She told police she got agitated because the group called her a “white woman.” Upton first told police she was a “first-generation” American but later said she was actually second-generation. She told them she was “Mexican American” and “Native American.”

According to the affidavit, Upton said she punched Rudra’s wrist because they were “videoing and saying all of this … that I wasn’t doing.

“And that’s what they do,” Upton said, according to the affidavit. “Just like the Black people.”

Plano PD has yet to provide any updates on whether it intends to pursue additional charges, such as a hate crimes enhancement.

Such incidents have been on the rise in recent years. According to the FBI’s tally, hate crimes hit the highest level in two decades, with more 11,100 incidents documented by law enforcement agencies across the country.

The FBI hasn’t yet released its 2021 data, but researchers at the Center for the Study of Hate and Extremism at California State University, San Bernardino, found that hate crimes had spiked by more than 20% last year in 20 major U.S. cities. That study also noted that anti-Asian hate crimes had swelled by 224% when compared with the prior year.

While the whole experience has been traumatic, Rudra said she’s also been overwhelmed by support she’s gotten from friends, family and others since the incident. She said, “At the end of the day, I feel there is more love in our world than hate, and we should all do our part to create more awareness and advocate against racial hatred to make the world a better place for our next generation.”

Big Tex is celebrating his 70th year at Fair Park this year and the State Fair of Texas is throwing him a birthday bash. They're offering up giveaways and special events as long as supplies last on October 4th. The tall cowboy got his start as a Texas-sized Santa in...

View gallery Image Credit: Courtesy of FYI R’Bonney Gabriel had everyone’s attention on Oct. 3, when she was crowned the 2022 Miss USA during the live broadcast of the popular pageant. The 28-year-old beauty, who represented Texas, looked gorgeous in a sparkly gold gown and dangling earrings as she accepted...

A Tarrant County jury on Monday convicted a 20-year-old man in the 2021 murder of a South Arlington convenience store clerk, prosecutors announced. Dorian Woodard, 20, received a life sentence and $10,000 fine Monday after he was found guilty in the shooting death of 31-year-old Jordan Hightower. The Tarrant County...

Firefighters rescued a worker who was trapped in a water tower Monday in the Collin County community of Copeville. Fire officials said the worker was unable to self-evacuate from the tower and needed the help of first responders. Video from Texas Sky Ranger showed the person being loaded on a...