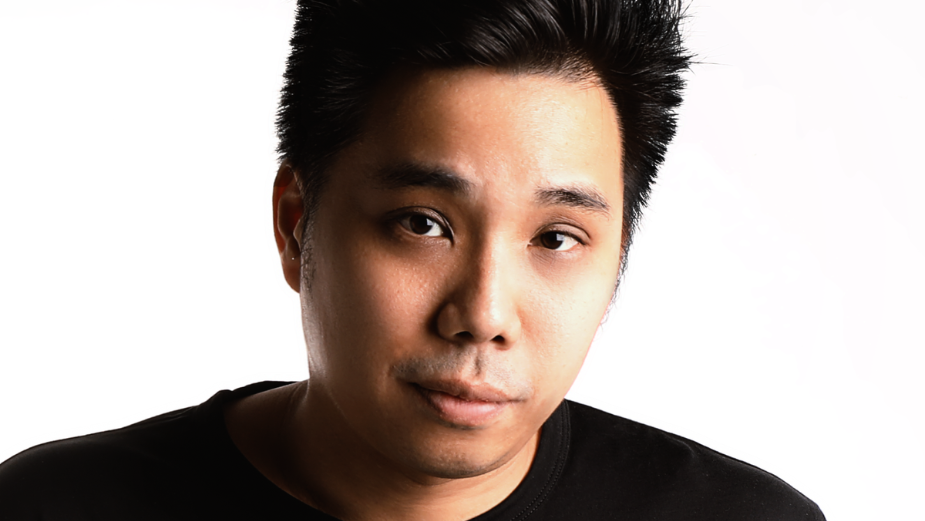 Have you ever seen a life-sized mosquito on the hunt for human blood? No? Sounds quite scary doesn’t it? Only a skilled creative agency like Yell Advertising Bangkok could formulate a light-hearted and humorous 3 minute approach to such an off-the-wall idea. The agency’s infamous ‘Say Goodbye to Thai Mosquitos’ mockumentary style spot for Soffell resonated with consumers around the globe, despite its distinctly Thai sense of humour.

LBB catches up with Kavin Viasuwan, the creative director behind the Soffell ‘Say Goodbye to Thai Mosquitos’ and many other eccentric advertising spots, to find out where he gets his inspiration from, how he ensures the creative hits all the rights notes and the projects he is most proud of.

LBB> Tell us a bit about your professional journey so far; what was your start in the industry?

Kavin> To be honest, I did not know anything about the advertising field before Yell. For many years, my career path was a little bit of a rollercoaster ride; I kept changing my mind and exploring what I really wanted to do. I started off as a graphic designer at a magazine, then I had a chance to study in Melbourne, for a year and a half. After I came back, I wanted to challenge myself by pursuing a role I had never worked in before: stationery design. This was quite interesting to me at the time but after a few years, I decided to quit and become a freelance graphic designer. Suddenly, one day, I got a phone call from my best friend asking me if I would like to try working in the advertising agency which was my first introduction to Yell. At first I doubted myself and was unsure about venturing down a career path I did not know anything about, but I was also excited about the opportunity. I went for it and got the job as art director, where I finally found the unexpected dream job. I am energised by the challenges and opportunities I face in this position at Yell.

LBB> What sort of projects are you most drawn to?

Kavin> I have been involved in many really enjoyable projects since I joined Yell, but if I had to pick, there are 3 projects that come to mind. These are the Soffell Mosquito Repellent, CP Bologna Metaverse and iQiyi campaigns; they top the list of best projects.

LBB> When working on a new campaign, how do you ensure your vision for a film aligns with a brand’s identity?

Kavin> To answer this question I would like to portray how I see the objective of the projects.

For me, insight is a “question”, idea is an “answer”, and brand identity is “how you say it”. So when you have an interesting question, you must answer it wisely and creatively. To align with a brand’s identity, you must shape ideas to fit the brand’s tone of voice, making the idea stronger and more credible.

LBB> How do you immerse yourself in a creative project?

Kavin> When it comes to the brainstorm session, every idea counts. In order to immerse ourselves in a new project, I try to create an atmosphere that encourages everyone to speak out about their ideas, no matter what they are. It’s like sitting and talking to friends about anything then a crazy great idea just pops up.

LBB> How does the Thai advertising world differ from other global markets? How do you make sure Yell’s work stands out from the rest?

Kavin> Thai advertising has its own uniqueness that people from all around the world recognise. It is extremely dramatic, whether it is humorous or dramatic, and is capable of touching the hearts of global audiences. Thai advertising is different from all other advertising. However, to ensure we stand out, Yell always finds a twist, turning the insights and ideas around before everything concludes. We find the right path to communicate the idea effectively to the consumers. Moreover, we are flexible and work well as a team – there are no boundaries, we throw everything at an idea.

LBB> The Soffell ‘Say Goodbye to Thai Mosquitos’ advert has been exceptionally well received. Why do you think the campaign has been so successful?

Kavin> We approached the brief creatively and correctly, blending strong insights with the right ideas. The film is so easy to watch and understand, it helps the idea standout automatically.

LBB> Where did the idea of incorporating the first-hand narrative of a human sized mosquito come from?

Kavin> From the insight that Thai people in every region really believe in mosquitoes being cruel and products like Soffell being incapable of scaring them away. We decided to make the mosquito human-size to emphasise the idea that they can be destroyed by Soffell.

LBB> What are you most proud of about the Soffell campaign?

Kavin> I am proud of the team; it is not just me and my team, but the planning and client services teams who believed in our idea and what we wanted to communicate. Imagine walking into the client’s meeting room and saying, “I want to make a film about life-sized mosquitoes” – not every client would be on board, but this client was. As a result, we were able to create one of the funniest advertising films in Thailand, which answers the objective in a creative way. 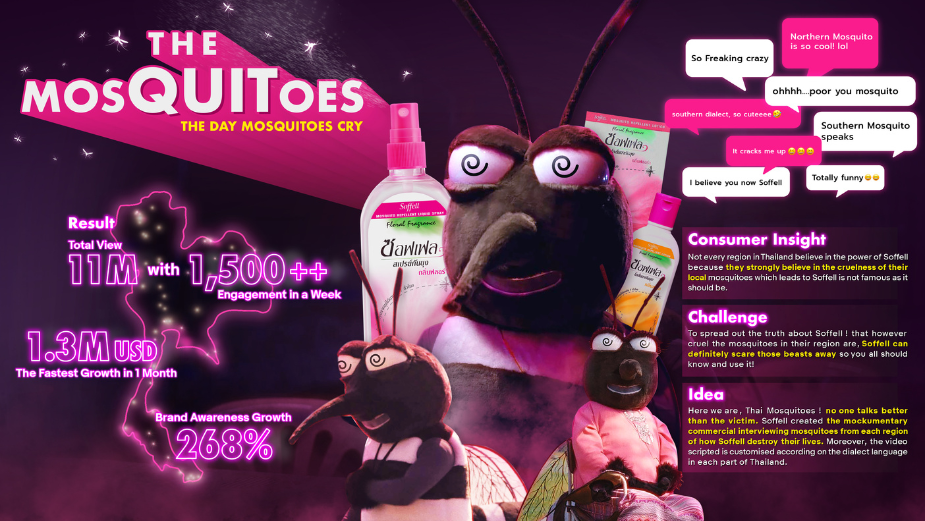 LBB> Are you working on any exciting projects that you can tell me a bit about?

Kavin> There are 2 more that I mentioned earlier; CP Bologna Mew-taverse and iQiyi. First, CP Bologna came to us for a campaign to promote the products “Bologna Spicy ” through the brand’s presenter fan-meeting. During the COVID period, it was quite difficult to hold such an event for the fans. Metaverse had become very famous at the time, however, there were very few brands who had adopted the technology effectively. We thought Metaverse was to use not to just show off talking about it, so we chose to use the Metaverse for the fan-meeting. We created spaces to party in the Metaverse and held a concert featuring the brand’s presenter. Eventually, the Mew-Taverse went viral. The tickets sold out in just 2 hours and there were more than a thousand fans participating – they were so thrilled with the experience.

Secondly, we worked with iQiyi, the streaming platform from China, who had struggled with the Thai market because Thais could not pronounce the brand name. To fix that problem, we created a catchy jingle that replicated the iconic song of Thailand, changing all the lyrics. The melody is so catchy, and the lyrics are easy “Ai Qi Yi, Ai Qi Yi, Ai Qi Yi”, so it automatically stuck in consumers’ minds. The song has become famous, with more than 7 million views on YouTube, with increased mentions of 1,248% which was an incredible success for the brand.

LBB> As creative director, what are your hopes for the future of Yell?

Kavin> I hope to build up strong teams who can not only strengthen the creative, but also the business angle, to help us achieve the company’s mission.

PwC Hong Kong announces the signing of a collaboration agreement with TerraZero Technologies, Inc. With offices in Vancouver and Los Angeles, TerraZero brings together specialists and entrepreneurs “from blockchain, web3, design, programming, entertainment, marketing and finance backgrounds.” PwC and TerraZero are “devising a go-to-market strategy to help businesses across all...

Amazon Is Building The Anti-Metaverse With ‘ambient Intelligence’ – Inverse

In the short hour Amazon jam packs with product releases every Fall, it can be hard to see the forest for the trees on why the company might need to sell both a sleep tracking alarm clock and, say, a robot.But as Amazon figures out how to best offer “ambient...

UPS, one of the world’s biggest shipping and parcel supply services, is joining the metaverse. The multinational company has launched a venue in Decentraland and aims to target small businesses in the virtual world. Significantly, they will use this space for events and educational purposes! The Helping You Be Unstoppable Store was...