Improvements Set To Start Along U.S. 380 In Fast-Growing Denton County – NBC 5 Dallas-Fort Worth

Big changes are coming to U.S. Highway 380 in Denton County this month.

The latest portion of the Texas Department of Transportation’s ‘U.S. 380 Project’ spans 10.5 miles from U.S. Highway 77 to just west of the Dallas North Tollway in Frisco, aiming to improve mobility and safety.

“The travel demand on 380 has increased 74% since 2011. The Denton County population has increased almost 37% since 2010,” said TxDOT Dallas District spokesperson Kendall Kirkham Sloan. “We know this is much needed and we know this a highly-anticipated project.”

Preparations are underway for lane closures that begin on Jan. 23. 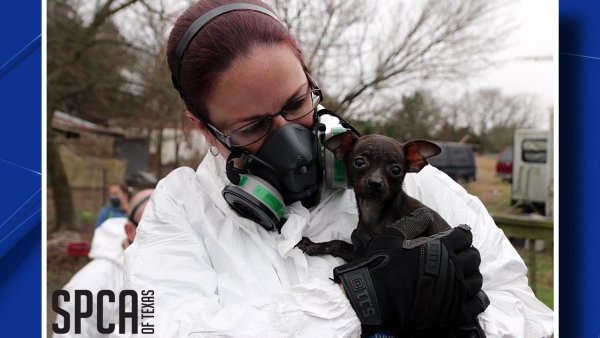 Crews will increase the number of lanes along 380 from four to six. Sloan said sidewalks will also be added, as will a curved median and grade separations at five busy intersections.

“It’s long overdue,” said Denton County Judge Andy Eads. “It’s something we’ve been working on for many years with our partners at TxDOT.”

Eads said the project will lead to a safer and faster commute along 380.

Authorities are hoping to avoid tragedies like a fatal head-on crash in May 2021 along 380 at Rockhill Road where two little girls and a young woman were killed.

In the past five years, TxDOT reports 35 crashes claiming dozens of lives along a 30-mile stretch of 380.

“That’s why we’re doing the project,” said Sloan. “Safety is our number one priority at TxDOT in everything we do and why a project like this is so needed.”

Especially necessary, Eads said, with an explosion of growth.

“The average of 82 people move to Denton County every day,” he said. “We realize when they move here, they don’t bring the roads with them and so we have to increase the infrastructure, increase the roadways, increase the schools.”

A growing number of people have moved to areas north of 380, he said.

“The population of the whole city of Richardson, think about the population, that’s going to be the equivalent relocated population there,” said Eads.

The city of Richardson, just north of Dallas, has a population of over 116,000, according to the United States Census Bureau.

The first phase of the project will involve shifting traffic to the northside of 380 for a year, said Sloan.

Then in 2023, traffic will be flipped and funneled to the southside of University Drive.

Preparations are being made to reduce the speed limit from 60 mph to 50 mph during the three-year-long project.

For information about additional construction projects coming to Denton County, click here for an article in the Denton Record-Chronicle.