Meta Racer X Racing NFT and game going into the metaverse in VR, Teaming up with Influencer’s, celebrities, brand other NFT projects! 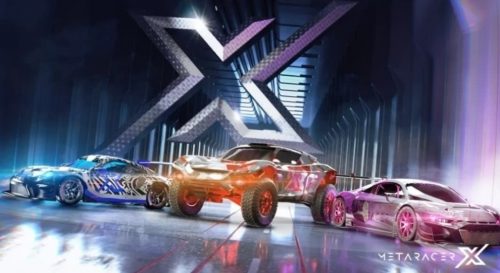 Meta Racer X, a racing-themed non-fungible token (NFT), is entering the metaverse with a virtual reality mobile racing game. The action-packed racing game will be the first of its kind, utilizing blockchain technology, NFTs, and in-game token integration to create a unique play-to-earn (P2E) experience for gamers. Meta Racer X is building a community of racing fans, NFT collectors, and gamers from around the world. This community will revolve around a collection of motorsport NFTs crafted by a major design studio. Users will be able to use their NFTs to race other gamers in the community and win prizes. The team behind Meta Racer X has been collaborating with celebrities, brands, influencers, and other NFT projects during the development phase of this exciting new VR game. They will soon release the collection of motorsport NFTs crafted by a major design studio.

“With Meta Racer X, gamers will be immersed in a 3-D virtual reality universe where they can race in real-time with other gamers in order to earn NFTs and other prizes. The gaming aspect is one of the most exciting parts of this whole project, and we know that gamers around the world will be entranced by the metaverse world we have created with Meta Racer X,” stated J. Cleary, owner of Meta Racer X. “Competitive racing is one of the most played types of video games, and by integrating that genre into the metaverse using NFTs, we are changing the way that people game. With the MRX tokens, there is so much variety with the interchangeable traits we have included. Our collection features hundreds of different colors and designs for the vehicles in the tokens.”

In Meta Racer X, gamers will be able to collect virtual cars, drivers, and car parts to use while playing the competitive racing game to win NFTs. The game will use Prodigy Token as the main currency, and Prodigy Tokens can be won throughout the game by participating in races and challenges. Tokens will be rewarded based on races completed, number of laps raced, and races won. Users will also be able to trade tokens with one another. Only 10,000 Prodigy Tokens will be released for circulation, each token featuring a unique motorsport design with various traits based on performance, style, and racing abilities.

According to the Meta Racer X Roadmap, the NFT collection will be launched in phase two. The process is currently in phase one, building a community and developing the NFT collection. In phase three, a mobile version of the racing game will be released. The final phase, phase four, will involve the release of the VR version of the racing game. Meta Racer X token holders will be able to enter the metaverse to win NFTs and prizes with the exciting VR racing game.