Most anyone who has been commuting to work over the past two years has likely noticed a decrease in traffic.

Brookings Institution noted that metro traffic congestion was cut in half after COVID-19 hit in 2020, attributing it largely to employees working virtually from home, and more flexible work schedules (though government stay-at-home orders figured prominently as well).

The think tank has also reported that 18 million households in rural and urban America are without broadband internet service, which allows streaming of data for smart devices.

The North Central Texas Council of Governments transportation director Michael Morris took a moment to note that in its March 10 vote, the Regional Transportation Council wasn’t just funding six projects for $11.3 million: It was endorsing a larger idea. 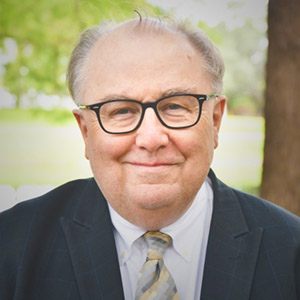 “If you approve this today, you are creating a legal foundation that technology is a transportation mode and should be defined as such” by federal law, Morris said.

Morris said in the council’s affirmative vote, it sends a message that the agency is just as interested in funding technology that provides access to services, as it is in funding traditional roads and bridges.

If other metropolitan planning organizations follow suit, it could mean a boon to funding smart city projects, which sometimes languish due to budgetary constraints.

Revenue from the federal excise tax on gasoline and diesel fuel generates $36 billion annually—most of which funds traditional roads, bridges, etc., according to the Tax Policy Center.

A Dallas Innovates analysis of a Federal Transit Authority database  indicates the North Central Texas Council of Governments is the fifth-largest metropolitan planning organization in the United States, by population.

The agency has projected funding $245 billion in transportation/accessibility projects in Dallas-Fort Worth between 2018 and 2045.

Yet even as far back as 2018, the agency was considering broadband internet as a solution to help bridge an 87% highway funding shortfall. (The agency has cited increasing construction costs, improving fuel efficiency, and urban sprawl as contributing factors to the shortfall.)

DFW emerging technology advocate Victor Fishman, executive director of the Texas Research Alliance (TRA) and the North Texas Center for Mobility Technologies, said the March 10 vote could signify a substantial increase of funding for innovations that allow users to bypass traditional road use to get the services they need. The TRA is sponsored by the Dallas Regional Chamber.

Fishman backed one of the projects that was funded by the Regional Transportation Council: $5 million toward a pilot project of autonomous vehicles for Dallas County and portions of McKinney without broadband access.

Those autonomous vehicles could bring web connectivity and hardware to link residents to educators, and experts in health care, and nutrition (among other subject areas). One potential application could be accompanying the delivery of healthy foods with a consultation with a nutritionist. Aside from providing telemedicine visits, the vehicle could also shuttle patients in need of immediate care to health care providers, if necessary.

“Think about the revenue generated by gasoline taxes, and the billions of dollars being considered for new infrastructure projects,” Fishman said. “Even a small portion of these funds can have an outsized impact on fueling the development of technologies that reduce the need for, cost and maintenance of, and safety issues associated with our traditional approach for moving people to tasks and activities.”

“Roughly a century ago, as technology developed (e.g., the Wright Flyer), a new transportation mode emerged in the space above us — aviation,” writes Bamonte, program manager of automated vehicles at the North Central Texas Council of Governments. “We are seeing a similar process today: Today’s collaboration technology like Zoom/Teams allows us to ‘travel’ virtually to some of our life activities, just like other transportation modes connect us to those activities through movement on land or in the air.”

Bamonte said virtual meeting software such as Teams or Zoom will likely serve as a precursor to more effective interactive platforms, such as Facebook’s Metaverse, or Microsoft Mesh.

“Plus, growing adoption of 5G will allow more life activities to be conducted virtually in a satisfactory fashion, just as today’s aviation sector scaled up in a few decades after the Wright Flyer,” Bamonte writes.

A Texas judge formally dismissing a murder charge Monday against a 26-year-old woman over a self-induced abortion did not quiet outrage or questions surrounding the case, including why prosecutors ever brought it to a grand jury. A woman who ends her own pregnancy cannot be charged with a crime under...