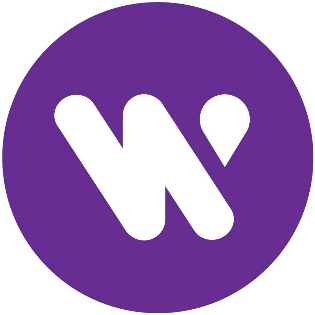 Warrp’s growing investor interest has seen dramatic acceleration in the company’s global Web3 ambitions as it starts development on a ground-breaking augmented reality blockchain project.
Key Points:
?Development of the Warrp Augmented Reality Rendering Passport, a 3D blockchain bridge for Non-Fungible Tokens (NFT).
?The project includes the development of an NFT marketplace to buy and sell NFTs.
?Launch of an initial coin offering ($TOAST) scheduled for second-half of 2022.
?Warrp has attracted greater investor interest and will finalise its seed funding round by naming a credible investor party in January 2022. Raising a Series A round may begin as early as the second quarter of 2022.

The company plans to render a 3D blockchain bridge known as the Warrp Augmented Reality Rendering Passport (W.A.R.R.P.) that enables collectors and project owners of Non-Fungible Tokens (NFT) a safe linkage between blockchains.

The bridge functions as an augmented reality world, or Metaverse, where NFTs come alive as 3D characters, providing the perfect space for artist collaboration and a launchpad for new NFT drops. This is achieved by a character-conversion technology that converts NFTs into the Metaverse from any blockchain.

This blockchain bridging solution means NFT holders can earn passive income through NFT activity and asset sale earnings through the Metaverse, where the NFTs would normally have little to no long-term value outside their residing blockchain.

With more than 5 million character-based NFTs catalogued, such as apes, punks, and aliens, the company’s expansion also includes a virtual marketplace platform for users to buy and sell NFTs using fiat currency.

Warrp Co-Founder and CEO, Matthew Ng, said the company’s bold move into the Web3 realm was a product of its continued drive to provide solutions in line with its principle that Warrp is not just an app, but a symbol of a better tomorrow.

“We launched Warrp’s second-hand goods online marketplace in May 2021 with incredible success, and as consumer and investor sentiment shifted we decided to take our proprietary technologies and quickly apply it to the future of augmented reality, cryptocurrency, and NFTs,” said Mr Ng.

“We are evolving our business to deliver a core solution with a higher purpose and wider reach. If we stick to the same foundation business model, we would do well, but by making this change now, we will definitely do much better, especially with the capabilities of our team.

“In all my years of leading start-ups to exits, I have never been more excited to steer a company like Warrp into the future and I am very confident we have the right team, experience, partnerships and know-how to execute this better than our peers.”

A larger 10,000-piece NFT collection known as ToastPunk Genesis will also be launched in January 2022 for immediate public sale.

The NFT project has already attracted more than 50 collaborations with various project owners and artists including NFTShill.io, FoodFrogs and Blockchain of Fame, all of whom have expressed interest in Warrp’s soon-to-be-developed Metaverse called ToastPunk World.

Warrp Co-Founder and CTO, Roman Granovskyi, said Warrp’s new vision and expert resources at hand will see the company on the world stage in 2022.

“Many of my peers in the technology space have indicated the rise of virtual gaming and NFTs, which makes this sooner-than-expected transition so timely,” said Mr Granovskyi.

“Our CEO, Matt, has built a following through the ToastPunk project unlike anything else I’ve seen in such a short amount of time, demonstrating how quickly this virtual space is growing and the vision we have to capitalise on it.

“It is easy to be complacent when working with a matured industry solution. With the new Warrp, I am equally excited that this is going to be an evolutionary challenge yet a beautiful piece of never-ending code that I get to work on daily.”

Newly appointed CFO and Shareholder, Mr Vince Naselli, said the company’s momentum since the new direction was announced had seen an uplift in traction for the existing marketplace platform, as well as the diversified projects of the company.

“I’m excited by what I see happening in the business, but more importantly with the future opportunities for various Warrp stakeholders,” said Mr Naselli.

“Matt and Roman have set high ambitions level with what I’m familiar with in my former roles at large multinationals. I’m excited to support the company’s growth with the experience and knowledge I’ve accumulated over many years.”

To find out more about Warrp’s latest business venture, visit the new website at warrp.co.

About Warrp: Warrp is an agile technology development company that builds pioneering software for consumer marketplaces in the blockchain, virtual gaming, NFT and crypto space. Formally an innovative online marketplace for pre-owned consumer goods, the company strives to be one of the largest global Metaverse and NFT-focused companies by delivering world-class technological solutions. The company and team are behind NFT projects such as ToastPunk and ToastPunk Genesis.